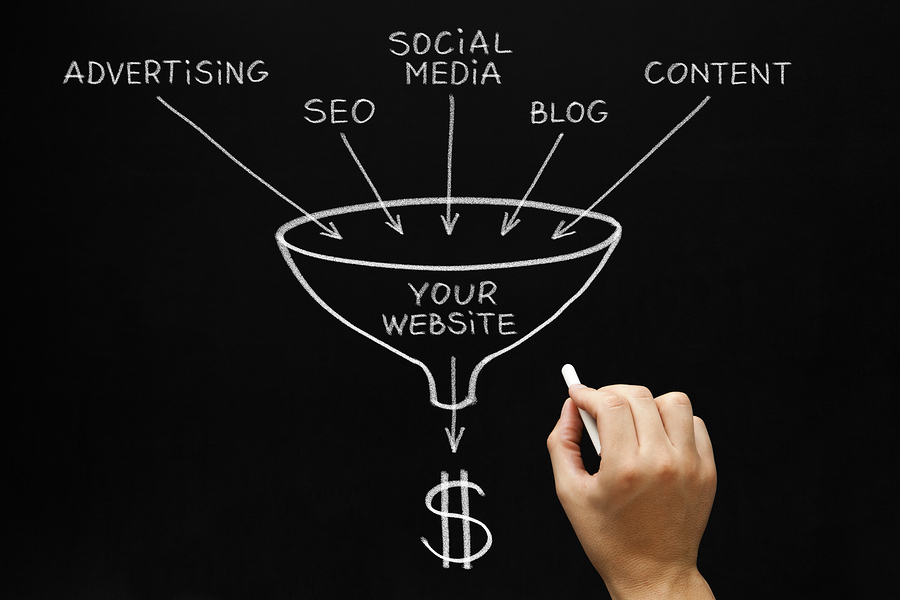 A funnel is a very common term for those involved in any type of online marketing with regard to digital information products, such as ebooks and downloadable or streaming video.

But a funnel can truly be used in a variety of businesses, whether it’s information, offline or on, pretty much most businesses can have a funnel. Most people, even those that don’t know anything about marketing or conversion funnels, are familiar with one business that has been a trend setter in terms of funnels and that is Amazon. There are a variety of names for funnels, from “marketing funnel” to “sales funnel” to “conversion funnel.”

While there are many different ways to put together a funnel, a conversion funnel is designed to maximize the revenue from a sale. Again, think about how Amazon operates.

What Is A Conversion Funnel?

A conversion funnel can be broken down into simply this – a multi-step process that leads a prospect toward the desired action that the business wants them to take. Conversion funnels can be created for the three different steps or stages. You don’t create leads out of cold prospects, turn those leads into paying customers, and have those customers buy even more, all in one fell swoop.

Eventually, there should be a conversion funnel for all three steps and then would begin the process of maximizing each step in those funnels. Let’s take a look at a conversion funnel for step one, generating leads, using concepts and platforms with which most online marketers will be familiar – Facebook Ads, a blog, a squeeze page and an autoresponder campaign.

Here’s how a conversion funnel might be set up using those tools. A company may write a high quality article for their blog (or website), that talks about a problem that would be of interest to cold prospects.

They would set up an ad campaign on Facebook that would target people that would be interested in the topic. The people who go to the site to read the article can be tracked so that another Facebook Ad campaign is run that is only seen by the people that visited the site from the first ad. But this ad will be different as these prospects are now warm, having read the company article, instead of cold.

They would then be sent to a “squeeze” or “optin” web page that gives a little more information that “sells” something for free that would help the prospect, all they have to do in exchange is to give their email address.

That’s the only thing that can be done on this page. The people that opt-in (ie, give their email address) are then put into an autoresponder campaign, which is simply a software system that automatically sends out emails in a specific sequence at certain times. These emails are designed to turn those warm leads (that came from the cold prospects of the first Facebook Ad), into paying customers, usually for an initial low cost product.

Those leads that turn into paying customers would then be put into a different conversion funnel autoresponder campaign that was designed to turn them into repeat buyers, or buyers that buy higher priced products.

There are many parts to these conversion funnels and a good marketer needs to monitor their numbers so that they can optimize this funnel to maximize each step, from how many cold prospects become leads, leads to buyers and buyers to repeat (or higher price point) buyers. So, ultimately, what is a conversion funnel? It’s simply how a business takes cold prospects through the journey of becoming leads and then buyers (and multiple buyers).

Why is a conversion funnel important to a business?

Just by increasing the conversion funnel rate on turning prospects into leads from 20% to 30%, that’s a 50% increase in revenue, if all the other numbers stay equal. If you convert that initial optin rate from 10 to 20%, that will double sales (all other conversion numbers staying equal.

If you do that, and than improve your sales conversions from 1% to 2%, that is a 400% increase in sales! Clearly, putting in place conversion funnels for each step of the sales process and then working to optimize those funnels can be life changing for a business.